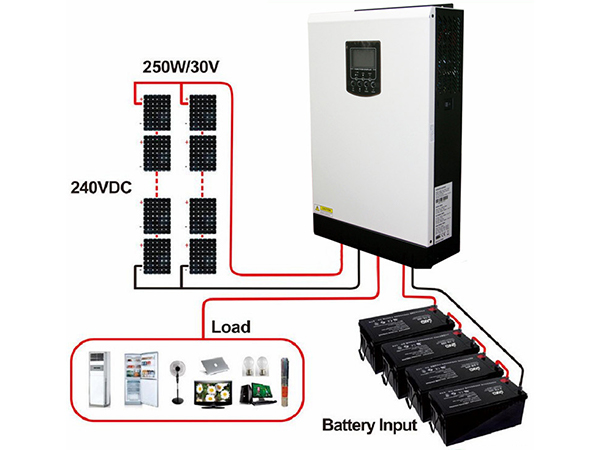 The inverter is an important part of the photovoltaic power generation system, and its main function is to convert the direct current generated by the photovoltaic module into alternating current.

At present, the grid-connected inverters of photovoltaic power stations are mainly centralized inverters and string inverters.

1). The composition of a centralized grid-connected inverter
The centralized inverter is mainly composed of a DC part, an AC part, a logic processing part, an inverter part, a filtering part, and a cooling component. The DC collection part of the early centralized inverter is a separate existing called a DC power distribution cabinet. With the development of technology, the integration and concentration, which is now the DC part of the inverter, reduces space utilization and facilitates maintenance.
(1) DC part: connect the component input and the inverter part, mainly including the DC bus, the DC circuit breaker and the filtering part of the DC side.
(2) AC part: The AC part is located on the right side of the cabinet, and the AC transmission device is equipped with a bus. The handle of the AC circuit breaker is installed on the access door of the AC part, and the handle is a manual isolation part for the link with the power grid. In series with it is the automatic opening and closing AC circuit breaker controlled by the control part. It is not only the execution device of the normal grid-connected and off-grid functions, but also can cut off the protection device connected to the faulty part when the protection function starts. An important part of the AC part is the AC filter unit. The main function is to filter out the high-order harmonics generated by the inverter, reducing the harmonic pollution of the grid and the damage to the step-up transformer and the inverter unit. The main circuit of the AC filter unit is a high-frequency filter circuit composed of capacitors and inductors.
(3) Logic processing part: The logic processing part includes a digital power control board equipped with embedded software and related electronic circuits. These components and related electronic devices send pulse width modulation signals to the inverter and control the logic of the entire device.
(4) Inverter part: The inverter part is the main core part of the entire inverter. It is composed of high-power switch tubes, and performs switching actions under the control of the control pulse signal to form a power frequency output.
(5) Filtering part: There are a large number of higher harmonics in the output current. In order to reduce the impact on the power grid and users, a filter circuit composed of capacitors and inductors is connected to the output end.

2). Electrical safety features of centralized grid-connected inverter
(1) The power is large, the quantity is small, and it is easy to manage; the components are small, the stability is good, and the maintenance is easy.
(2) Less harmonic content and high power quality; complete protection functions and high safety.
(3) With power factor adjustment function and low voltage ride through function, the power grid has good adjustability.
(4) Protection part.
①Over-voltage and over-current protection: Over-voltage and over-current are controlled by internal electronic controls and related software. If it exceeds the preset value, the inverter shuts down in a certain order.
②Grounding protection: The inverter is equipped with a resistance monitoring device, which is used to measure the resistance value of the ground current-carrying conductor. If the resistance is lower than the given value, the inverter will shut itself down.
③Anti-islanding protection: The photovoltaic inverter detects the grid failure through monitoring, and the inverter will cut off the connection with the grid.
(5) Communication configuration part.
The inverter is equipped with a communication controller module or a communication controller, and generally adopts the RS485 communication port and is configured with Modbus TCP/IP protocol. The specific configuration of each equipment manufacturer shall prevail.

3). Advantages and disadvantages of centralized inverters
In photovoltaic power plants with rated installed capacity, the use of centralized inverters requires a small number and is easy to manage; the number of various components is small, and the reliability is high; the harmonic content is small, the DC component is small, and the power quality is high; The device has high integration, high power density and low cost; various protection functions are complete, and the safety of the power station is high; it has the power factor adjustment function and the low voltage ride through function, and the power grid has good adjustability.
The MPPT voltage range of the centralized inverter is narrow, generally 450~820V, and the component configuration is not flexible. On rainy days and foggy regions, power generation time is short. In the centralized grid-connected inverter system, the square array of components arrives at the inverter after two confluences. The maximum power tracking function (MPPT) of the inverter cannot monitor the operation of each component, so it is impossible to make every component in the The best operating point, when a component fails or is blocked by shadows, it will affect the power generation efficiency of the entire system. There is no redundancy in the centralized grid-connected inverter system. If there is a failure, the entire system will stop generating electricity.

Compared with centralized grid-connected inverters, in addition to DC part, AC part, logic processing part, inverter part, filtering part, cooling parts, etc., the main advantage of string inverter is that it has MPPT (maximum power Point tracking) module, the AC terminal is connected in parallel and connected to the grid, which is less affected by the module difference between the strings and the shadow occlusion, which maximizes the power generation.

Each DC input of the three-phase string photovoltaic grid-connected inverter is a single string or polycrystalline silicon photovoltaic cell string; a single inverter has its own integrated anti-component PID (potential induced attenuation) effect function and component branch circuit arc protection Function; the AC output side of the string inverter is connected to a three-phase AC 480V IT system, the voltage level of the low-voltage side of the step-up transformer is determined according to the rated working voltage of the inverter; the AC and DC side of the inverter has a complete secondary Lightning protection function; the grid-connected inverter has the function of preventing backflow of photovoltaic string branches.

1). The main advantages of string inverters
The string inverter adopts a modular design. Each photovoltaic string corresponds to an inverter. The DC end has the function of maximum power tracking, and the AC end is connected to the grid in parallel. Its advantage is that it is not subject to module differences between strings and shadows. At the same time, it reduces the mismatch between the optimal operating point of the photovoltaic cell module and the inverter, which maximizes the power generation.
The MPPT voltage range of string inverters is wide, generally 250~800v, ​​and the component configuration is more flexible. On rainy days and foggy regions, power generation takes a long time.
String grid-connected inverters are small in size and light in weight. They are very convenient for transportation and installation. They do not require professional tools and equipment, nor do they need a special power distribution room. They can simplify construction and reduce the cost in various applications. Ground, the DC line connection does not require DC combiner boxes and DC distribution cabinets. The string type also has the advantages of low self-consumption, small failure impact, and convenient replacement and maintenance.

2). Disadvantages of string inverter
(1) The string inverter has many electronic components, and the power device and the signal circuit are on the same board, which is difficult to design and manufacture, and the reliability is slightly poor. The electrical clearance of power devices is small, which is not suitable for high altitude areas. Outdoor installation, wind and sun can easily lead to aging of the housing and heat sink.
(2) The design without isolation transformer has poor electrical safety and is not suitable for the negative grounding system of thin film components. The direct current component is large, which has a large impact on the power grid.
(3) When multiple inverters are connected in parallel, the total harmonics are high, and the THDI of a single inverter can be controlled to more than 2%, but if more than 40 inverters are connected in parallel, the total harmonics will be superimposed and it is difficult to suppress .
(4) With a large number of inverters, the total failure rate will increase, making system monitoring difficult.
(5) There is no DC circuit breaker and AC circuit breaker, and no DC fuse. When the system fails, it is not easy to disconnect.
(6) A single inverter can realize the zero voltage ride through function, but when multiple machines are connected in parallel, it is difficult to realize the zero voltage ride through function, reactive power regulation, active power regulation and other functions. 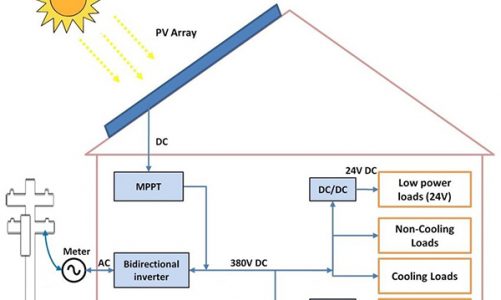 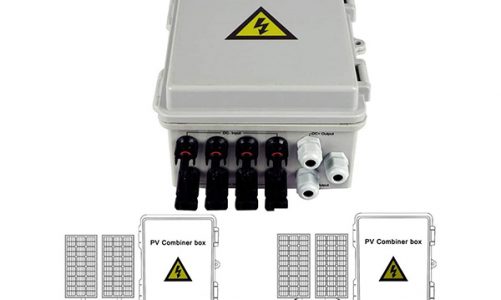 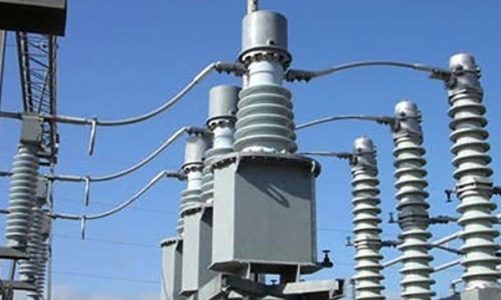